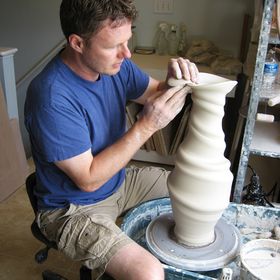 I began my journey in ceramics in 1997 as a student of Master Potter Hiroshi Sueyoshi of Wilmington, North Carolina. Hiroshi’s passion for ceramic art inspired me to pursue ceramics as a career. I enjoy creating ceramic art because I find the tactile experience of artistic expression in clay exciting. The feeling of the clay in my hands and the rhythm of the potter’s wheel is therapeutic to me. I approach my current body of work from a contemporary perspective. My work is inspired by coastal North Carolina. This is apparent in the form of my pieces and in the color, surface, and glaze application. My color palette is mostly soft pastel colors found in the natural landscape of the coast. I have been exploring surface treatment by way of textured and runny glazes which represent my interest in old weathered and eroded surfaces. I spray the glaze on most of my pots to accentuate the forms. Many of my pieces are wheel thrown and altered or twisted to reflect the soft nature of the clay. I enjoy making vessel forms whether utilitarian or purely decorative because they are an intimate part of the daily rituals of people’s lives. This relationship between the object and person is very important to me.

Brian Evans was born Beaufort, SC, but was raised in Western Pennsylvania. He graduated in 1993 from Indiana University of Pennsylvania with a B.A. in Studio Art. He moved to Wilmington, North Carolina in 1995. He began in ceramics through the Continuing Education program at Cape Fear Community College while searching for an outlet for artistic expression. Brian studied under a Japanese-American Potter named Hiroshi Sueyoshi. He immediately recognized the caliber of Hiroshi’s skills as an artist and took full advantage of his instruction. From 2002 through 2008, Brian taught pottery classes through the Cape Fear Community College Continuing Education Program. He also became a full-time ceramic artist. Since 2002, he has received various awards at Fine Art Shows and Art Festivals. In 2003 and in 2005, he was awarded The Regional Artist Grant for New Hanover County, North Carolina. Brian is a founding member of the Coastal Carolina Clay Guild in Wilmington, NC which began in 2007. Brian served as Secretary of the Board for the Coastal Carolina Clay Guild from 2007 through 2012. He was Vice President of the Board for the Coastal Carolina Clay Guild from 2012 through 2015. Brian is currently serving as President of the Coastal Carolina Clay Guild. 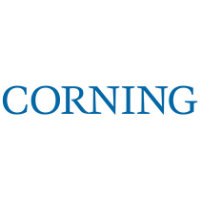