Students Take Part in the Arts

The Cabarrus Arts Council provides a professional performance to students in grades K-12 each year. These wonderful programs captivate our students’ imaginations and bring the curriculum to life. Each performance is related to the Common Core State and North Carolina Essential Standards.

Look for live performances to return to the schools in January 2022! 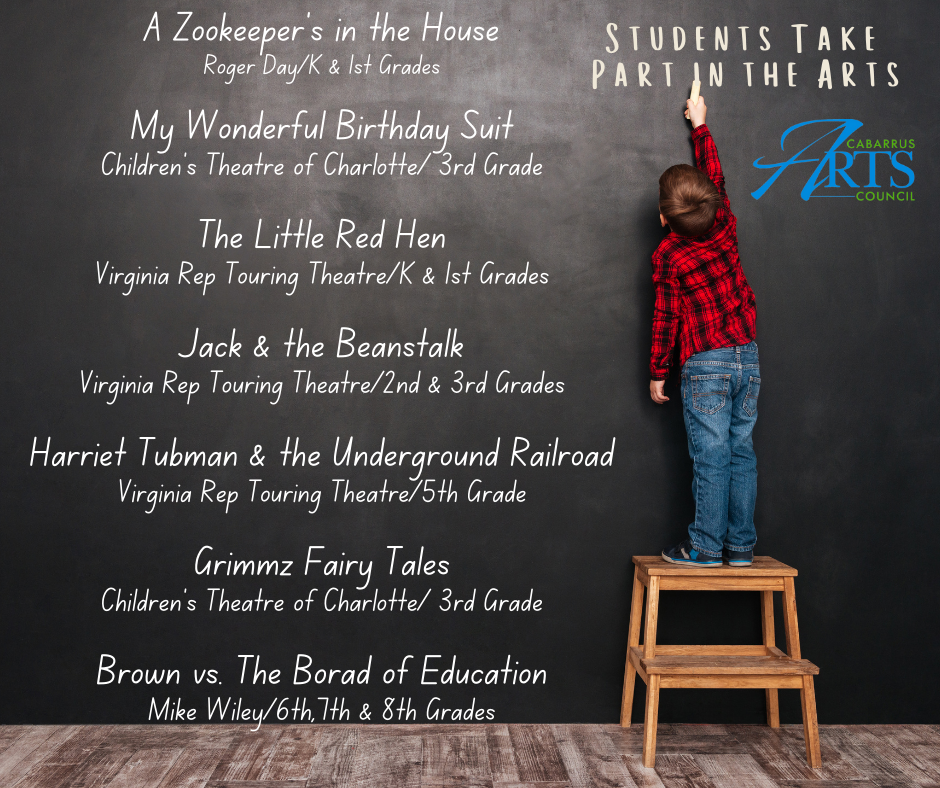 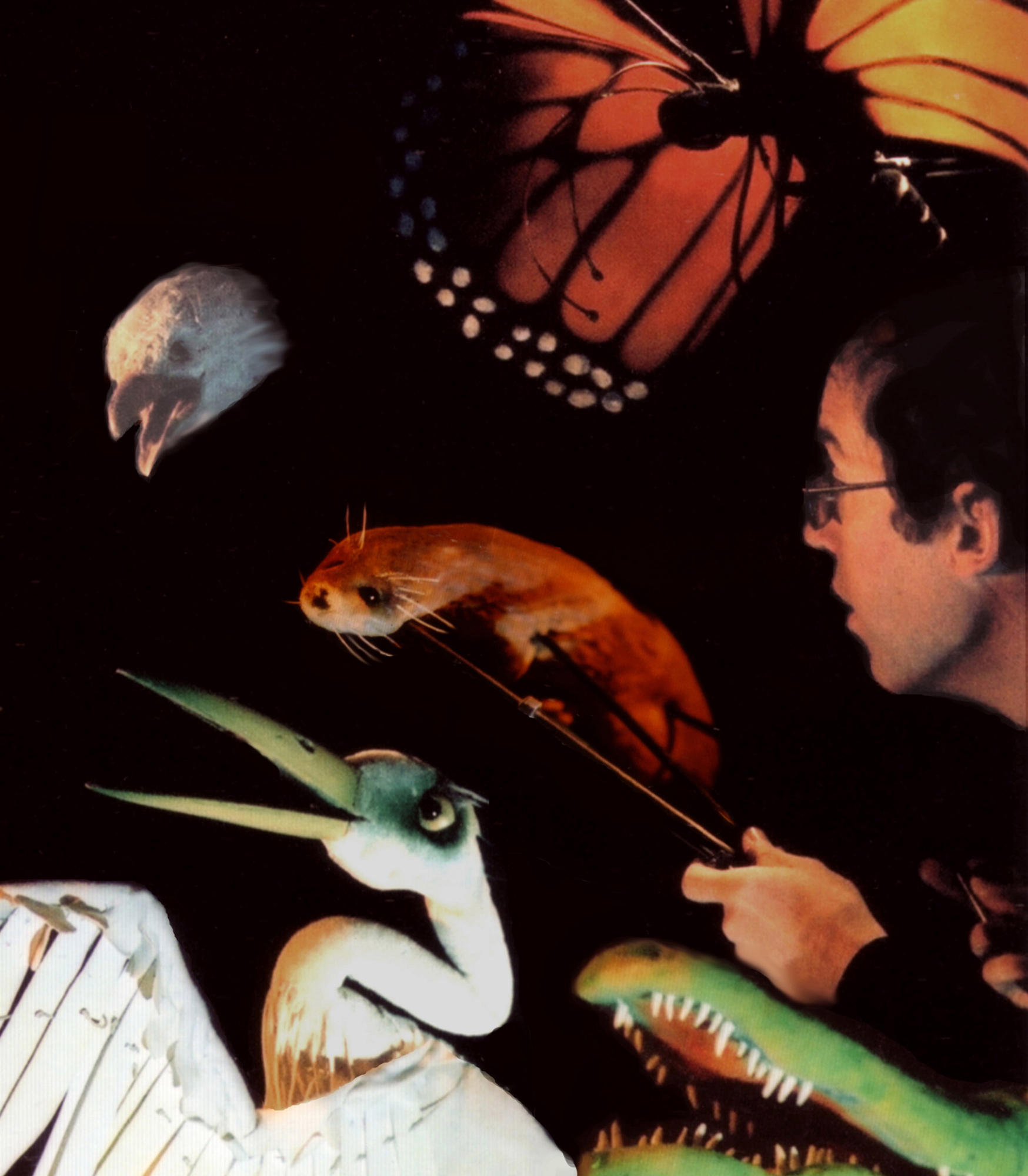 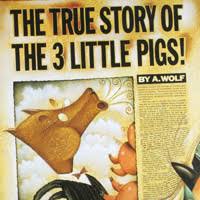 September 16 - 2, 2019
Children's Theatre of Charlotte Presents: The True Story of the Three Little Pigs
There are two sides to every story, and when the Big, Bad Wolf takes the stand in Piggsylvania's Trial of the Century, he finally gets his say. But whether he'll get a fair trial in a corrupt piggy court is anyone's guess. Enter the jury box and decide the fate of Big 'n' Bad in this musical adaptation of the hit children's book by John Scieszka. 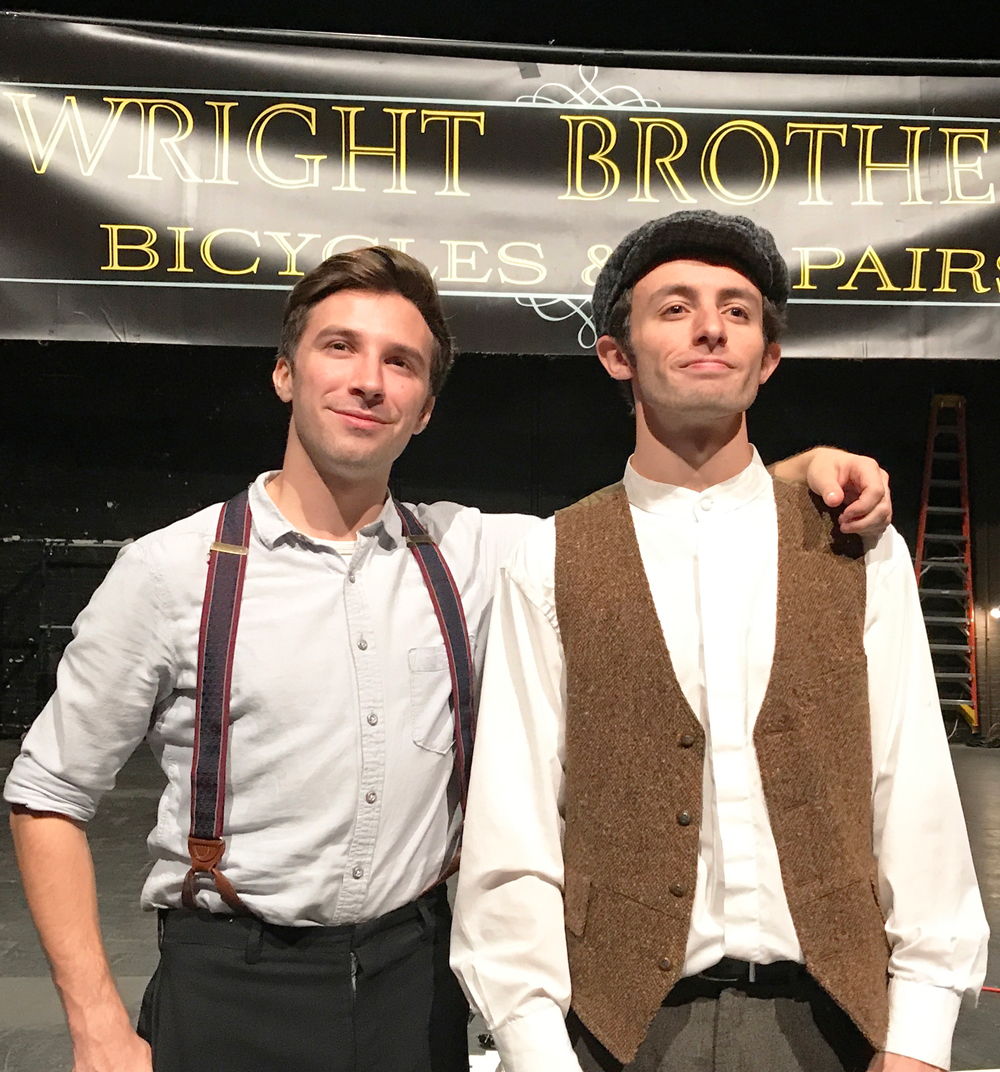 October 28 - November 1, 2019
The Wright Brothers – Those Daring Young Me & Their Flying Machine!
This musical biography written for young audiences follows the story of Wilbur and Orville Wright – America’s pioneers of aviation. With courage, ingenuity and determination, they make their dream of flying come true! 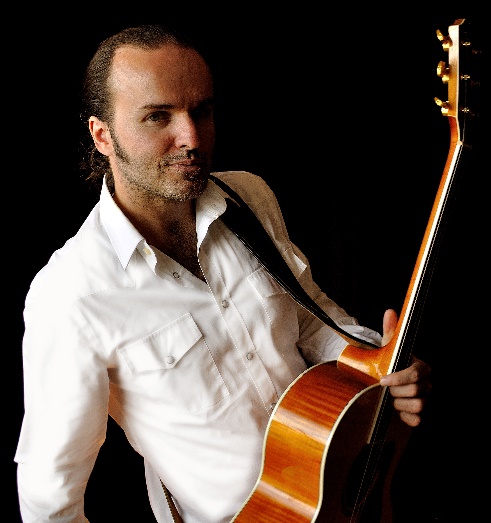 November 18-22
Michael Kelsey
MICHAEL KELSEY is a rhythmic, inspired guitarist and performance artist who blends many musical genres with fervour and grace. Throughout a performance, Michael makes use of technology, improv skills, objects in the room, and student interaction to make music for the ears, but more importantly, a musical experience for the senses. His show is a perfect combination of art and technology. 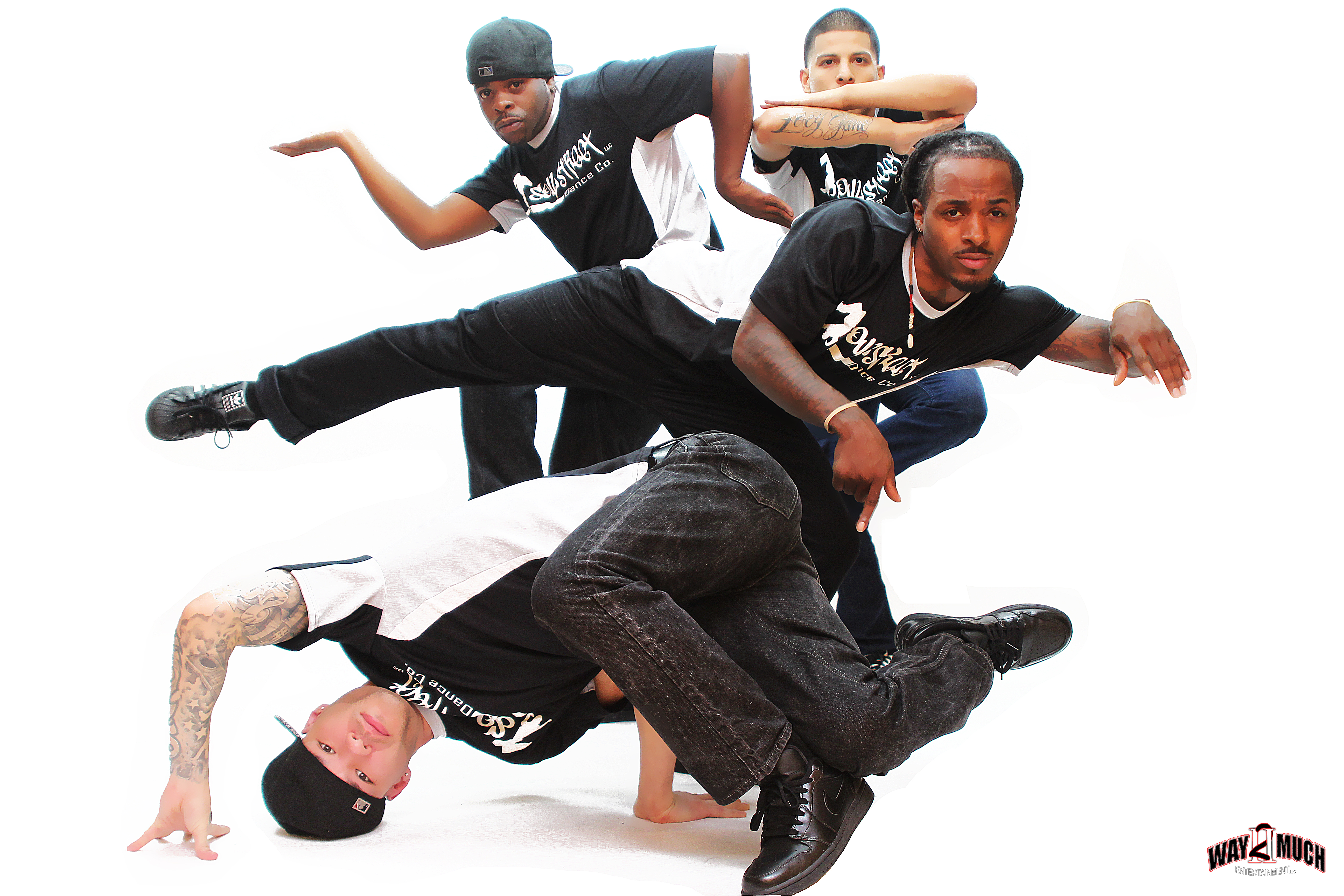 September 23 - 27, 2019
Soul Street Dance
Catch the excitement of street dance, as these energetic dancers demonstrate its varied styles, discussing the distinctive features and origins of each. This inspirational group of young men, formerly considered at-risk, found focus through dance and are now touring the world working as professionals. 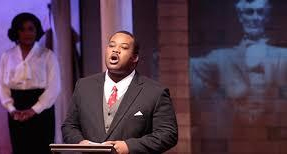 March 9 - 13, 2020
Virginia Rep Touring Theatre Presents: I Have a Dream
The phenomenal impact of Dr. Martin Luther King, Jr. is chronicled in this compelling dramatization of the life and times of one of the most influential and charismatic leaders of the American Century. Inspired by the arrest of Rosa Parks, Dr. King puts his philosophy of nonviolent
protest to work. He gains recognition and becomes the dominant force
in the Civil Rights Movement during its decade of greatest achievement. 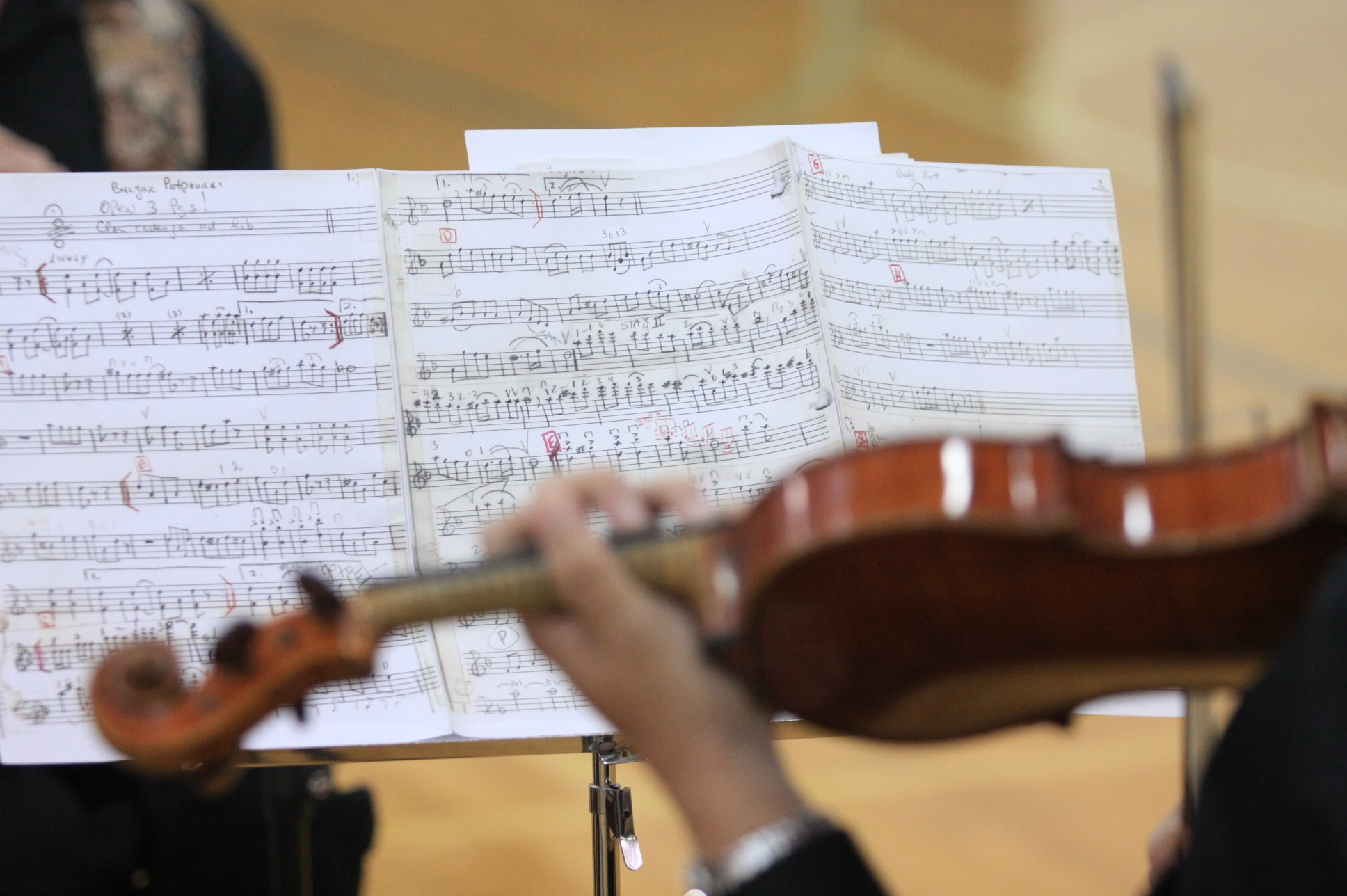 Mondays throughout the school year.
The Charlotte Symphony Ensemble Presents: Music of the Holocaust
The 45 minute concert includes narration and projected images that explore pre-World War II Jewish culture; the Third Reich's attempt to control art and culture; the role of music and musicians in the concentration camps; and how the European Jewish community refused to be silenced and persevered after the war.